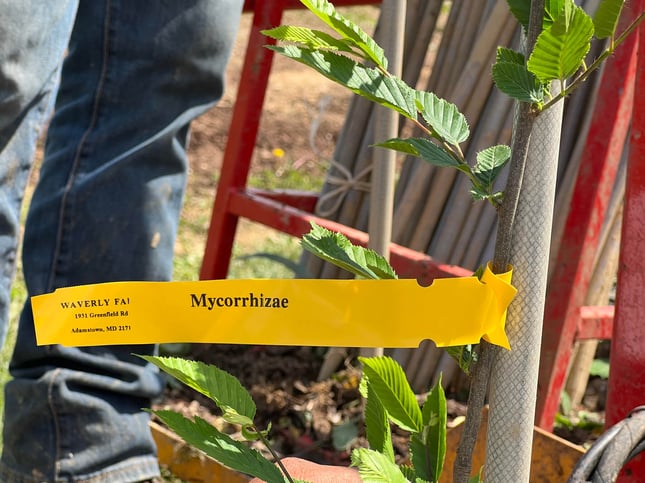 Should field production growers invest in mycorrhizal inoculation materials in hopes of achieving improved tree and shrub growth in the nursery? We believe it's important to explore ways to continuously improve processes with the goal of turning out better plant material. So the answer is yes but go slowly...

It’s been nearly ten years since I published an article in Free State Magazine titled simply “Mycorrhizae.” Given the renewed interest and uptick in the promotion of mycorrhizal inoculation materials, I thought it would be a good time to revisit the topic. 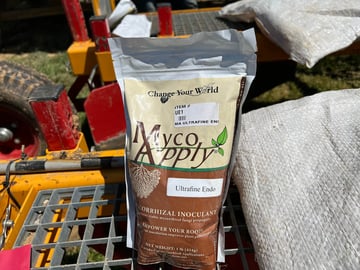 When I wrote that first article, I took the most rigorous research I could find at the time (2013), studied it thoroughly, and came away mostly with questions about how commercial use of mycorrhizal material would benefit plants in a nursery operation. Today, I can’t say I’ve heard any new evidence to offset my skepticism about the use of mycorrhizae in a field production nursery or propagation nursery setting.

What has changed, in the past ten or so years, is the huge marketing push promoting mycorrhizal products. The concept sounds exciting and there is an appealing logic to it. But we need to back up a little to understand where this all started.

From the Forest to the Nursery Field: The Sciences Behind the Marketing Push 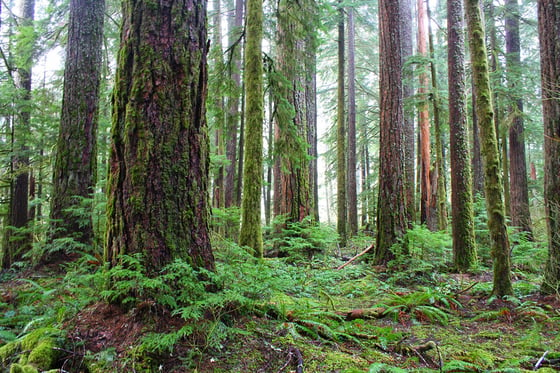 I recently read a book that my daughter gave me: Finding the Mother Tree by Suzaanne Simard. Simard is the scientist credited with proving the interdependence of forest trees through networks of mycorrhizal fungi living both in and outside of the plant root systems. The book is part memoir and part research diary describing decades of experimentation in the forests of British Columbia and the Pacific Northwest.

Simard was employed by the timber industry to find out why so many tree farm saplings were failing. She found out precisely why and in the process made a discovery: The industry wide practice for replanting clearcuts known as “free to grow” was all wrong.

At the time, a clear cut was prepared for replanting by annihilating all species remaining to create a blank grid for the new cash crop–typically Douglas fir. The thinking was that by eliminating all competition, the seedlings would have total access to available sun, moisture and nutrients–and therefore mature rapidly. What Simard discovered was that trees are connected by a mycorrhizal network within the forest floor. And that network included trees of both related and unrelated species. In other words, what had been thought to be competitors, “weed” species such as birch and alder, were actually critical to the health and well-being of the conifer seedlings. 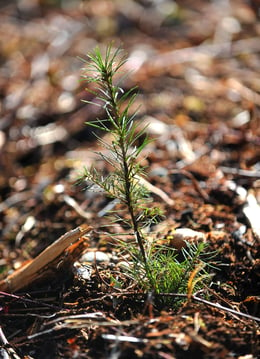 Simard discovered that cooperation among species through the mycorrhizal web was far more prevalent than competition. She found that the mycorrhizal fungi brokered an exchange in which the fungi received carbon and sugars and the trees received moisture and nutrients. She found, too, that mycorrhizae defend their turf by keeping disease at bay. By wiping the slate clear of competitors (and severing the mycorrhizal connections) their rows of saplings were left to go it alone, free to grow and free to fail…

The question now is whether or not we can sustain mycorrhizal activity –and all its benefits– in an agricultural setting where plants are being harvested and the soil disturbed every five to ten years. How do we apply that knowledge to a field production nursery operation? And, how would the concept be adapted to a propagation or container growing operation? None of these growing environments is even remotely like a forest. So our challenge is to see if there is a viable way to apply the lessons learned in forestry to agriculture.

This year we have launched our own experiment to see if there is significant benefit in relation to the cost of the materials and labor involved.

This is a controlled experiment. We are applying a mycorrhizal product to a wide variety of plants, treating them by block. If we put in ten plants, we treat five. If we put in fifty, we treat ten. All the plants are labeled so we can track progress, if any, over time. 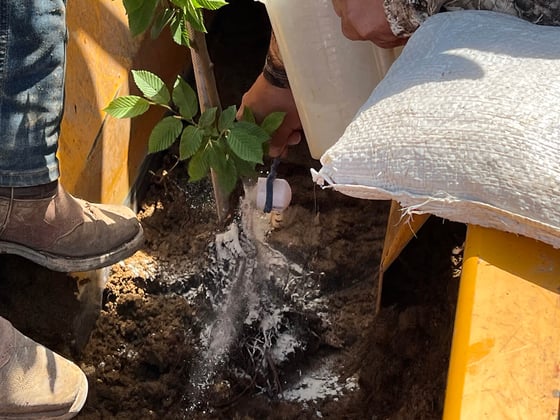 The product we chose is a general purpose formula designed specifically for nursery production. This may have been our first mistake. Fungi tend to favor particular plants by genus and we didn’t do the research to determine whether this formula contains the right mix.

The manufacturer says the mycorrhizal product can be used as a drench in the propagation shed or for dipping bare root stock before planting. Mycorrhizae must be in contact with the roots to have a chance to be effective and I wondered if the fungi would still be alive by the time we got that bare root plant from the shed into the field.

We dip all our bare root plants in Soil Moist gel to add a source of moisture that ebbs and flows with the weather. To dip plants a few at a time in mycorrhizae solution would have been awkward and expensive. Instead, we administered the mycorrhizal powder directly to the root systems during planting.  Also, a bit awkward but we got it done.

Laying It On the Line

Our decision to embark on this project is driven by pure curiosity. There have been so many claims made and so many conversations both positive and negative. We wanted to see for ourselves if it works, when it works, what the limitations are, and what the expectations should be. It’s almost like religion. You’ve got people who are convinced and believe whole-heartedly and others that are flat out atheists.

Please do not interpret our healthy skepticism as opposition to the idea of using mycorrhizal inoculants.  It’s simply that, based on the present facts, it would be wise to proceed cautiously before spending money on product and labor to achieve a benefit that may be difficult to verify.

If you or someone you know has proof of a successful inoculation, we would love to hear from you.

Our ebook “Why Accurate Plant Pricing is Good for Everyone” will give you a new perspective on how innovative field production details can affect the delicate balance between price and value.

©2015-2023 Waverly Farm LLC. All images are the property of Waverly Farm and may not be reproduced in any manner. All rights reserved.