Your customers want it. We are growing it for you.

Is there a better way?

Yes. Our way. The better way to privacy screening is to install a finished hedge rather than wait years for smaller plants to fill in.

In 2012, while visiting nurseries in Europe I came across QuickHedge in the Netherlands. They invented a system of growing finished hedges using one of a kind equipment. Although finished hedges are available in many European countries as well as New Zealand, QuickHedge developed a singular system for in-ground production. Their success is, in part, due to their light organic soil that permits them to harvest one meter sections of hedge into a cardboard box.

There is only one other grower in the States using a QuickHedge system.  There are others who grow hedge plants as individuals and sell them for assembly in the landscape

In our system, we plant hedge plants on 2 foot centers, usually in a continuous 500 foot row.  We harvest the plants individually in typical B&B form. 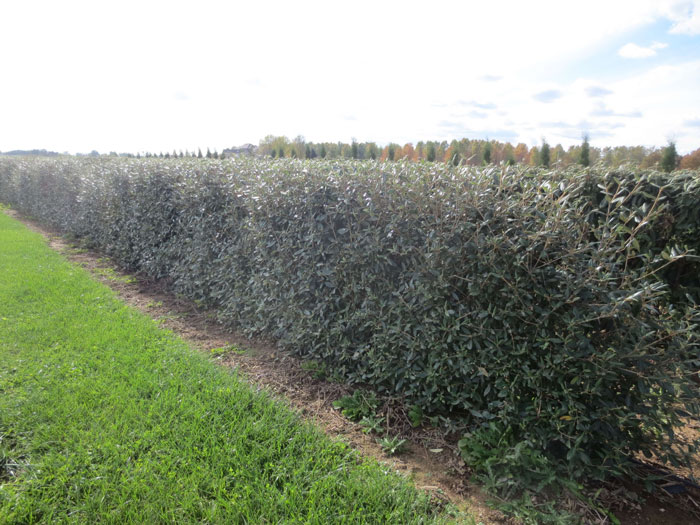 At the end of the 2021 planting season, we will have 4 miles of hedge in production. Plants included in the program include: 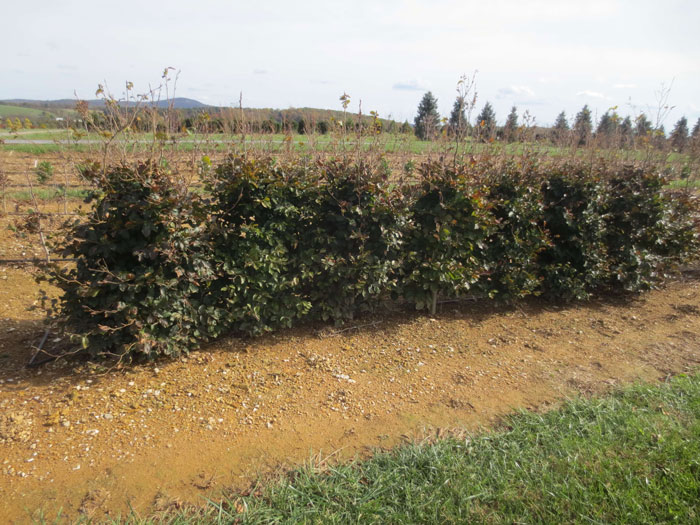 We can also grow some of the ‘hedging for privacy’ plants on contract at smaller sizes. Further, if there is a particular plant you would like us to include in the hedging program, give us a call.

Our first planting was in 2017 and includes moderately fast growing plants as well as very slow growing. We expect faster growing hedges such as Ligustrum ovalifolium may be available in 2022 at 7-8 feet tall. Others such as Parrotia persica may not be available at full height until 2030. 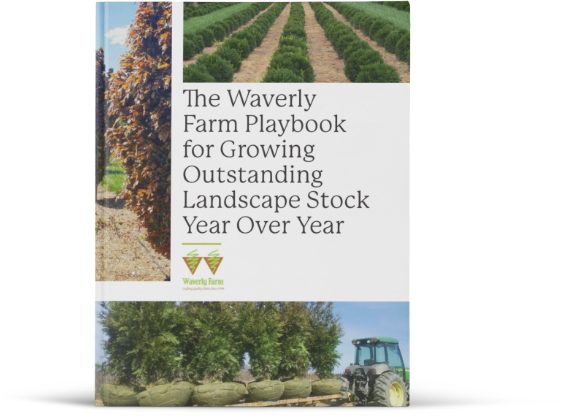 Your success as a landscape professional depends on developing long-term partnerships with the most reliable growers as trusted sources for high quality plant stock.

This eBook will help you in your search by identifying key characteristics to look for in a grower capable of producing plants that have year over year consistency in health, size, and fullness

©2015-2022 Waverly Farm LLC. All images are the property of Waverly Farm and may not be reproduced in any manner. All rights reserved.